skip to main | skip to sidebar

A BLOG FOR READERS AND AUTHORS OF MTV BOOKS

The MTV Books Blog will close on October 31. Follow us to our new home at YA Outside the Lines on November 1!

And I'm Supposed to Write, Too?

Being relatively new to the writing biz, it's taken me a while to catch onto the irony that every other writer knows--the more writing success I achieve (modest though mine is), the less time I have to write.
Recently I agreed to teach two writing classes: the first for middle and high school students this winter, the second next spring for the 55-and-older crowd. At heart I'm still that kid who started her term paper the day it was assigned rather than pulling an all-nighter and printing it ten minutes before class. So I'm already writing and rewriting the curriculums and deciding the format to use for my lessons.
In the past I've put everything on transparencies, a holdover from my years of teaching middle school. But the PowerPoint icon has been winking at me from the dock of my Mac for months. Last week I clicked on that little orange sucker and took a stab at the tutorial. There's a learning curve--for me, at least--but forty minutes here, an hour there, two hours wherever I can eke them out, and I'll be able to dazzle my students with technology that everyone else has been using for a decade.
Speaking of technology, scrounging an overhead projector and screen for school visits is often an adventure. Unearthing an LCD projector could rival the Quest for the Golden Fleece. Maybe I should have my own. But a few hours of searching the Web left me shell-shocked. As if the prices weren't enough to put me off, there are hundreds of brands and models, not to mention terms like "throw ratio" and "native XGA resolution." And lumens--don't get me started!
And it wouldn't be right to leave out my time-sucking buddy, Facebook. In October I blogged about the fun of reconnecting with my friends and former students. And great fun it is. So is updating my status, checking my news feed, writing on walls, and adding birthdays to my social calendar. It's easy to let an hour or two be gobbled up by the pure enjoyment of it all.
This morning I switched it off--the curriculum planning, PowerPoint learning, LCD projector searching, Facebook socializing--and pulled up my YA work-in-progress. At first my characters didn't recognize me, and I had to reintroduce myself. By after we'd dispensed with the niceties, we got down to the business of putting a story together.
Until two minutes later when the dogs let me know they couldn't wait another second to go outside.
Posted by Jan Blazanin at 9:44 AM

At first my characters didn't recognize me, and I had to reintroduce myself.

This is exactly what it's like! I'm going through this too. But I serve them coffee (or Diet Coke, or beer, whatever they're drinking) and talk to them for an hour, and they come around.

I too get easily sucked up by Facebook everyday! It's a great procrastination tool and since writing can often be a lonely profession, we need friends!

And my character are very fond of chocolate, so the holiday time should be a good time of year for them!

I'm a planner in life, but not when it comes to writing. I've signed a contract and then waited a full 6 months to start writing the book - only to have to finish it in less than 3 months. Not smart, but the stress is a motivator. Or an ulcer maker. And a mood killer. And a pain in the ass. I need the threat of the publisher knocking on my door demanding an advance back to get me to the keyboard. The characters don't hold nearly as much clout as an editor on the phone. 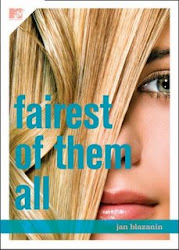 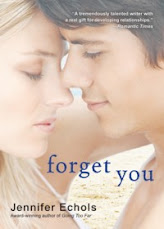 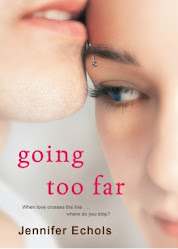 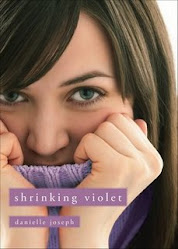 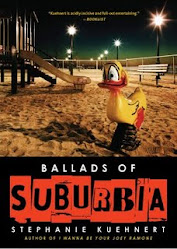